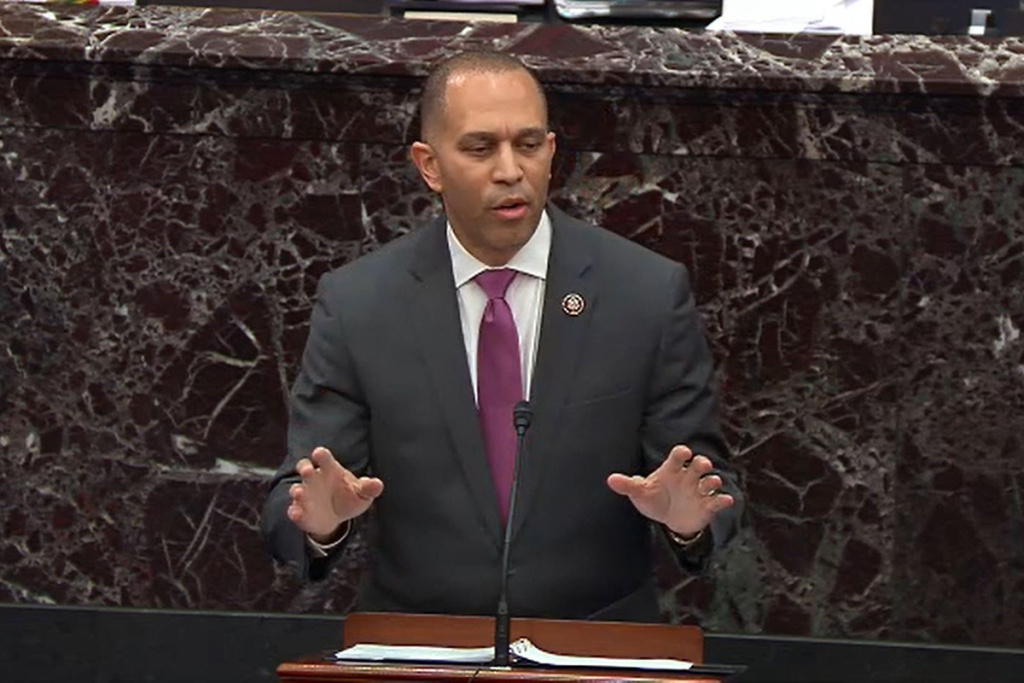 Yesterday (Jan. 21) the historic impeachment trial of Putin’s (alleged) plant, Donald Trump, began in the senate and while Republicans went above and beyond the call of duty to cover-up the crimes of Cheeto Jesus, Democratic representative Hakeem Jeffries took the time to let everyone know that Brooklyn was definitely in the house.

After hours and hours of factual statements from democrats and lies from Trump’s lawyers, it was Jeffries turn to respond to make the case for Trump’s impeachment. After breaking down how Donald Trump had abused his power and why it was wrong, the representative from the 8th congressional district of New York City took aim at Trump’s legal counsel Jay Sekulow who questioned why anyone was even there in the first place.

It was then that our new favorite democratic politician from Noo Yawk took it upon himself to layeth the smacketh down on Trump’s lawyer while tapping into his Kings County roots and invoking the spirit of The Notorious B.I.G into the proceedings.

Peep his speech with the “Juicy” backdrop below and enjoy the moment. We know we did.

Epic! Biggie made it to Impeachment!!!