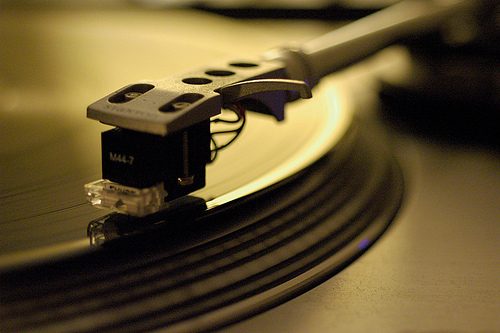 Are you ready for some controversial claims and hot takes? Today, we’re going to discuss a topic that hip-hop enthusiasts love to talk about but no one is brave enough to really take a stab at it.

We’re going to look at the most renowned rap geniuses in the history of the game. Here is our list of the top ten most important albums in underground hip hop.

Have you listened to all of these albums? Would you rank them differently? Check out our list for yourself and see what you think.

The Best of Underground Hip Hop

With that in mind, an underground hip hop album is any record that isn’t overly commercial and, ideally, produced by an independent label.

This is list is not intended to be definitive but is created to spark discussion.  You can sound off with your own list in an underground hip hop forum.

Jedi Mind Tricks is one of the better-known duos of underground hip hop artists. Vinny Paz and producer Stoupe the Enemy of Mankind were friends in high school. They went out to produce intense records with menacing lyrics and awesome beats.

Cunninlynguists – Will Rap For Food

Cunninlynguists are a fabled rap trio from Kentucky. They were holding it down for the south way before the trill movement was conceived.

There are few MCs who attain this level of lyrical genius and wit.

Shad – When The Beat Is Over

Without needing to brag, Shads shows his intelligence with thought-provoking lyrics in an almost nonchalant manner.

He was always your favorite artist’s favorite artist type of producer and rapper.  He quietly produced some of the most influential albums in the genre.

His untiring work ethic took a whole on his health and he tragically passed away in 2006 at the age of 32.

Representing the Bronx, Kool Keith is one of the quintessential New York rappers. His eccentric style and fashion, such as the luxurious Fendi sneakers, influenced many rapper’s rapping and fashion sense.

One of the biggest names in instrumental rap and trip-hop, DJ Shadow burst on the scene with Endtroducing…

Little Brother is a hip hop group out of North Carolina. Phonte and Big Pooh are still rapping but producer/DJ 9th Wonder left the group in 2007.

Eyedea & Abilities were a rapper and DJ duo that created chilling records about alienation and the current state of hip-hop.

Mos Def and Talib Kweli come together to make one of the most essential rap albums of all time. This is a must-listen.

What Did You Think?

This list of the top ten records of underground hip hop was not meant to be exhaustive. There are so many artists and albums that we could’ve mentioned.

For example, The Phardyce is absolutely essential honorable mention.

Check out the records we mentioned and you can even try to come up with your our own list.