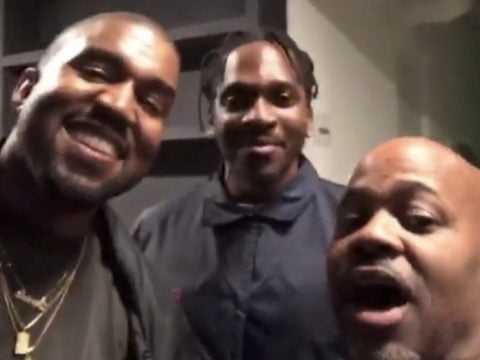 G.O.O.D. Music president Pusha-T is in tears laughing at the 6 God. The hip-hop veteran has caught social media’s attention after reacting to a clip of Drake getting overly emotional about their summer feud.

A screenshot has surfaced of King Push using laugh emojis to a clip of Drake addressing his personal issues with him for dissing his friend Noah “40” Shebib.

The biggest rapper with the biggest basketball player is a great concept by the way… THERE ARE NO FUCKING RULES IN BATTLE RAP! Drake has a tremendous amount of success! I’m surprised he’s taking the loss to Pusha so hard! Stuttering and body language is everything in this clip! #JustMyOpinion

In the same interview, Drake explained his motivation behind not releasing a career-ending diss song aimed at Kanye West and Pusha-T.

The post Pusha-T Laughs At Drake Stuttering & Getting In His Emotions Over Their Rap Battle appeared first on SOHH.com.