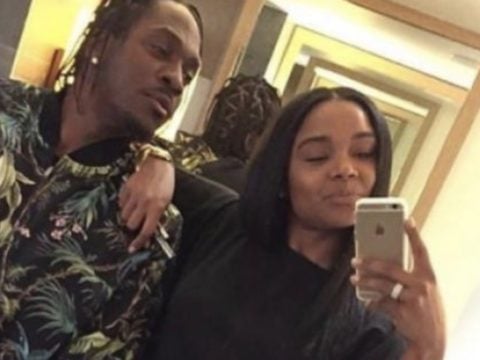 G.O.O.D. Music president Pusha-T is soaking in some serious history. The hip-hop veteran has celebrated the five-year anniversary of his My Name Is My Name studio debut album by reflecting on each song.

King Push admitted his Rick Ross collaboration “Hold On” is one of his top records.

“One of my favorite records. One of the top beats on the album. If I ever ask anyone to do a record for me, nine times out of 10, I’m going to send you my verse and the hook. So I can ensure that you stay on topic; that you give me the best verse. At least, so that you know how I’m coming and you can marry that. Hopefully you beat it. It’s going to make for the best song. Ross is the only person I send a verse to and can turn my back. He’s the only person that gives me perfect every time.” (Urban Legends)

Pusha also admitted his Kelly Rowland-featured “Let Me Love You” didn’t get the fanfare he expected.

“I hate people for not liking this. It didn’t get the reception that I wanted and I’m very angry about that. I got no outside love for that record and it pissed me off because, in my mind, that was a single. That was my way to do a single. I’m trying to find ways to put myself in a more radio area I’ve never been in. It’s my best rendition of Mase where people could sing along, but slick enough [lyrically]. It’s what I thought Mase was; why I thought he was great. Motherf*ckers be trying to keep me in my box. They won’t even let me pay homage to my time, to people I fuck with. Mase definitely reached out. Hit me up and told me it was dope. I love the record, but I just didn’t get that off.” (Urban Legends)

In late August, speculation developed about Pusha possibly having something coming together with rapper Joey Bada$$.

The post Pusha-T Celebrates My Name Is My Name Debut’s 5-Year Anniversary By Decoding Each Song: “I Hate People For Not Liking This” appeared first on SOHH.com.