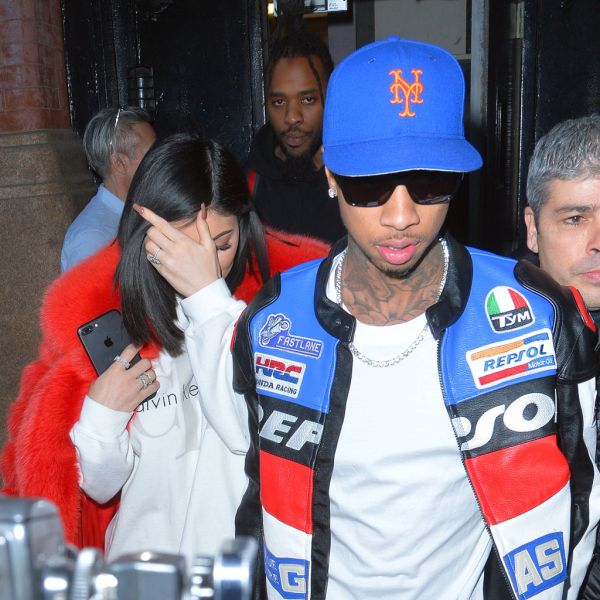 Kylie Jenner is in the midst of dealing with the high-profile breakup with Travis Scott, and she’s doing so by hanging out with friends while attempting to live her best life. However, since crossing paths with her ex-boyfriend Tyga, Twitter fans are left dumbfounded by the coincidence.

As reported by E! Online, Jenner and a group of friends took to West Hollywood to blow off some steam this past Tuesday and according to sources, the “Taste” rapper was at the Sunset Marquis with a few of their mutual pals and invited Jenner and the gang over. Tyga was recording at the hotel’s high-end studio where the meetup took place but according to most accounts, it was just a friendly gathering.

That hasn’t stopped fans on Twitter to react with both speculation and a measurable amount of humor. We’ve got those reactions below.