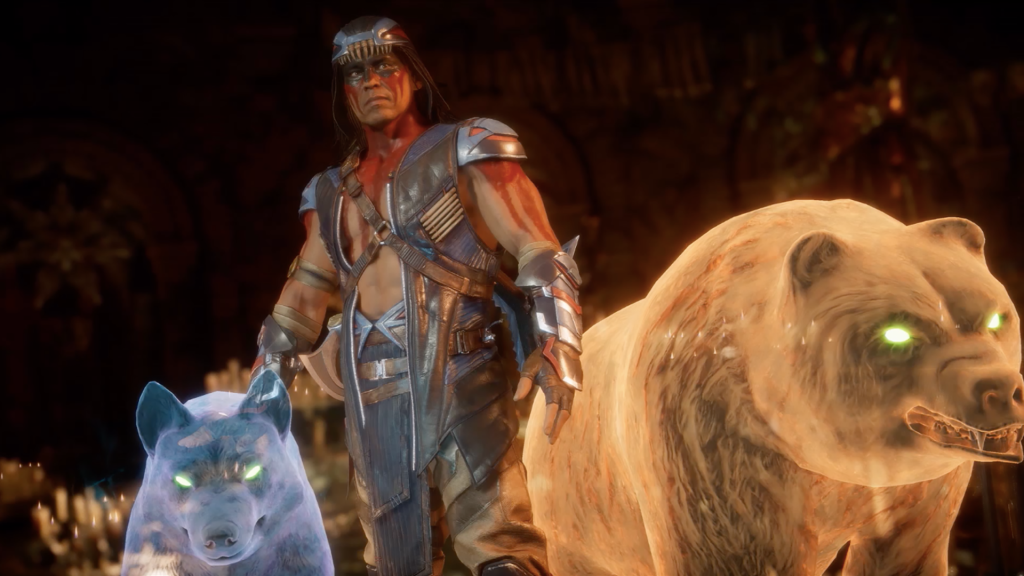 Shang Tsung is arrived back in May as the first character as part of the first Kombat Pack for Mortal Kombat 11. Now we finally get our first glimpse of Nightwolf in action, and he looks like he will become an instant favorite.

This ain’t the Nightwolf from Mortal Kombat 3. This version is way more vicious than ever as he calls on the animal spirits to issues to help administer fades. NetherRealm announced he was coming back as part of the initial Shang Tsung gameplay reveal.

Nightwolf, born as Grey Cloud, is a proud and fierce warrior dedicated to the cause of good and chosen by the Great Spirit to become the Matoka tribe’s champion and protector. Along with his signature tomahawk swing, Nightwolf possesses extraordinary magic that allows him to manifest weapons created from spirit energy to fight for the Matoka’s future and defend all of Earthrealm.

Players who own the Kombat Pack will get early access to Nightwolf beginning August 13. He follows the soul-stealing wizard Shang Tsung (now available). Sindel, Todd McFarlane’s Spawn and two other yet to be revealed characters will be joining the roster as well. Along with the arrival of Nightwolf, NetherRealm is also dropping a new Klassic Arcade Fighter Skin Pack. It will feature new looks for Jax, Kung Lao, and Kano, as well as the new War Games Sonya Blade Skin.

For those who enjoy the partaking in the Kombat League, a new season is currently live for all Mortal Kombat 11 owners. Kombatants can now take on each other in online ranked matches to earn Kronika-themed gear as part of the “Season of Time” the follow-up to “Season of Blood” which kicked off the League.

You can watch Nightwolf’s trailer below.