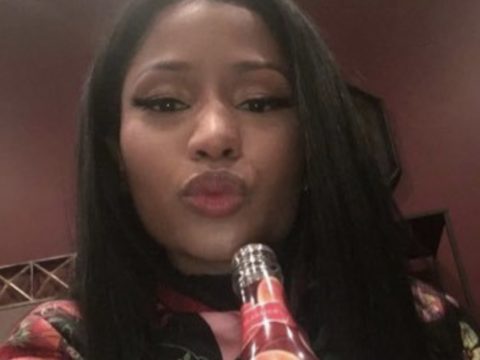 Young Money’s Nicki Minaj is showing some major appreciation. The hip-hop diva went to social media this week to acknowledge kind words sent her way as her romantic life continues to enter the limelight.

Nicki went to Twitter to share footage and react to Wendy applauding her publicized relationship with childhood crush Kenneth Petty.

This week, reports emerged about Nicki and Petty low-key getting a marriage license.

The duo, who made their relationship Instagram official in December, officially got a marriage license at the Beverly Hills Courthouse on Monday, a source confirms to E! News. The news comes one month after Minaj announced on her Queen Radio show that they had already gotten one. And, because a marriage license is good for up to 90 days, expect to see a wedding sometime soon. (E! Online)

Over the past few weeks, Onika has lit up social media with public outings alongside Kenny.

In late June, Nicki jumped on IG with a clip showing Petty turning up over her gearing up to flex freestyle skills on a recent “The Tonight Show” appearance.