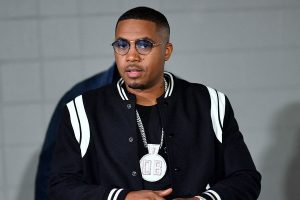 This year seemed to be a good year for Nas. The rapper recently won a Grammy award in the category “Best Rap Album” for his 13th studio album, King’s Disease. While the award may be well deserved, in an interview with Ebony magazine, Nas opened up about a different disease that the rapper experienced this year that he described as “mentally and physically hard.”

“I caught COVID in late October,” the rapper revealed. “This is the first time [I’m] mentioning it. It was a tough time. It was mentally and physically hard.”

“It’s just today’s world, with chemical warfare, crazy politics, racism, food shortages, police malpractice, Black-on-Black murder. The human spirit is being tested. I think that God has a plan for all of this. But right now, we’re in a serious time,” he continued.

Nas then went on to discuss generational wealth and the love he receives when out. “I got people that stop me in the street to ask me about investment tips more than music,” he began. “It’s really crazy, man. I met another Black man named Nasir; he’s doing his thing. He told me how I’m inspirational to him in that world of investors and fundraising. That’s what I get a lot now. That’s really rewarding. It used to be only, ‘I’m inspired by you to rap,’ which I still hear and I still love it. But it’s about letting people know, ‘This is what I’m doing. You do it, too.’”

Check out Nas on the cover of Ebony magazine below.

The post Nas Shares His Experience With COVID-19: “It was mentally and physically hard” appeared first on The Source.