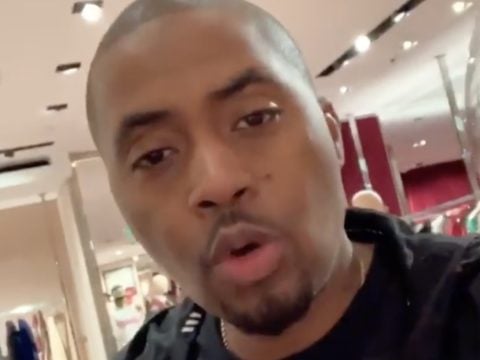 New York rapper Nas made sure to channel some 2004 vibes this past Halloween. The hip-hop veteran pulled through on Devil’s Night as longtime pal and music mogul Diddy.

Nasir Jones hopped on Instagram Thursday (November 1) to share a shot of himself dressed up as an ’04 Puff Daddy.

Halloween flex. You see whaT i mean The glasses took it more puff but I’m every artist who campaigned then. Polititix get dangerous …. I wasn’t in the campaign i wasn’t with it in 2004 so I’m bringing it back for throwback Thursday!!! They was ahead of they time. Halloween in San Diego last nite. Luv to @fluxxsd #VOTEORDIE. #Nov6

Earlier in the week, Nas dressed up as a Next Friday character for a Halloween-themed party.