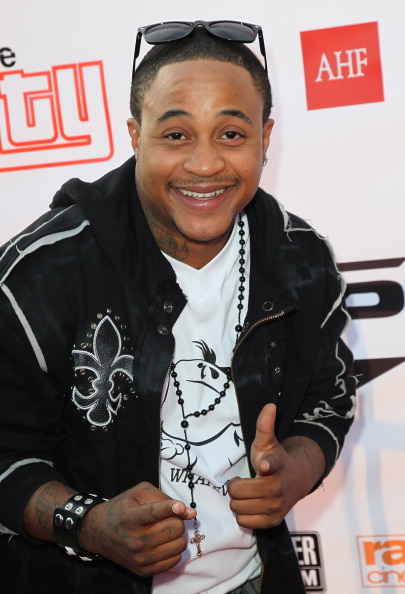 It’s been a minute since we’ve been exposed to the antics of former child star Orlando Brown, and his latest reappearance is one for the books. While out shopping, Brown pulled out his phone to share with the world that Nick Cannon allegedly performed oral sex on him while dressed as a woman.

In a video posted by Worldstar, Brown, 32, is seen walking the aisles of a superstore of some sort, facing the camera to put Cannon in his crosshairs for reasons that are yet to be determined. As he’s walking about, Brown just blurts out of nowhere that the Wild ‘N Out host and entertainer gave him some mouf work on the quiet.

We’re almost certain that Cannon, 39, didn’t exactly want Brown to bring this unnecessary bit of news to the masses but he did eventually respond to the allegations set forth via Instagram.

“First off let me say I am praying for the young brother Orlando even though I don’t really know him personally, I have always loved and enjoyed his talent and have been a fan of his past work,” Cannon wrote.

Cannon continued, “He was f*cking brilliant in Major Payne, and had us all laughing on “Thats So Raven”. But this is another crucial example of when we allow our young artists to be prematurely exposed by this demonic business and left out to fend for themselves.”

When I first saw this I thought it was fucking hilarious!!!!

But then after putting a little cognitive effort and analytical thought to the situation,I figured what a great opportunity for a “teachable moment”! First off let me say I am praying for the young brother Orlando even though I don’t really know him personally, I have always loved and enjoyed his talent and have been a fan of his past work. He was fucking brilliant in Major Payne, and had us all laughing on “Thats So Raven”. But this is another crucial example of when we allow our young artists to be prematurely exposed by this demonic business and left out to fend for themselves. We need better support systems for our youth and take care of our own. I watched various of this young brothers videos and all I see is a cry out for help. So I don’t know if there are any real leaders or solid individuals in this young man’s life but let’s embrace him and tighten him up so he doesn’t become another lost victim to these hollywood circumstances. I indeed believe this brother has the God given talent to be on Wildnout but this definitely ain’t the way to audition, this actually hurts my heart to see that we have allowed Orlando, along with various other young gifted performers we grew up loving, to just dwindle away after these corporations made their billions off of them. Now due to substance abuse and diagnosed psychiatric disorders our loved ones are now aimlessly begging for the attention they were once given , instead of the help they actually need. All while we sit back and just laugh… The most irresponsible parties involved in all of this is our media, specifically the “culturally conscious”. For us to continue to post slander and tear one another down for click bait to make these white supremacy propagated platforms more money is asinine and deplorable. These cannibalistic tactics only destroy “Us”. Really, in post like this, who wins??? We might chuckle, joke, pass the gossip on through our low frequency vibrations but does it truly make you feel good??? Especially knowing that there are higher powers looking down at you. So I hold @iheartradio @complex @worldstar accountable!…

While Cannon initially found humor in the claim before leading with compassion, it should be noted that this is typical Orlando Brown fare, who has gone viral for his off the wall comments and actions over the past few years.

Cannon, who is currently preoccupied with getting into a verbal battle with Eminem, shouldn’t have dignified this madness with a response. But in the wake of Cannon’s comments and him calling out websites for reporting on the matter, the Twitterverse had plenty to say.  Do keep in mind we’re just sharing because it’s out there, just saying.

We’ve collected those tweets for viewing below along with the video in question.