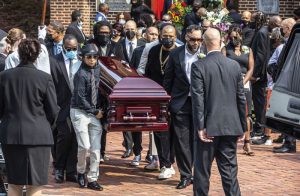 Family and friends of Williams say he visited Harrisburg often to see his mother as she lived in the area for over 20 years, and he made appearances for local charities and youth programs.

Williams was 54 when he was found dead in his Brooklyn, New York home on September 6th.

See additional photos from the service via Pennlive.com