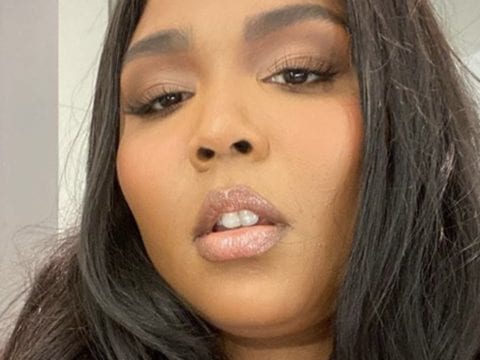 Rap entertainer Lizzo might not be too far away from looking into what this mommy duties lifestyle is all about. The Grammy-nominated artist recently dished on the possibility of slowing things down a bit and focusing on building a family.

Big Facts: In her new Rolling Stone cover feature, Liz comes clean on the idea of having a mini-me or two to her name.

For a long time, the future she had perceived for herself was a lonely one — “no children, two friends” — with her head buried in her work. “But it’s different now,” she says with a sigh, dropping the advice-guru voice she delivers her self-help sermons with on- and offstage. “Like my relationship with my family, I’m working on that. I open myself up to friendships. I open myself up to the idea of children, which is big for me, ’cause my albums are my babies.” (Rolling Stone)

On A Related Note: On Wednesday, Lizzo blessed social media with some jaw-dropping shots from her cover feature.

Wait, There’s More: Lizzo is currently gearing up to perform at this upcoming weekend’s Grammy Awards.

Artists taking the stage on Music’s Biggest Night are first-time nominee breakout stars Billie Eilish and Lizzo, who will each make their GRAMMY stage debuts; powerhouse artists Blake Shelton and Gwen Stefani, who will take the GRAMMY stage together for the first time ever; and four-time GRAMMY winners and 2020 MusiCares Person of the Year Aerosmith, who will perform a medley of some of their legendary hits. It all goes down on Sunday, Jan. 26, 2020, live from STAPLES Center in Los Angeles and broadcast live on the CBS Television Network at 8 p.m. ET/5 p.m. PT. (Grammy)

Before You Go: Lizzo is also making history this year at the upcoming Bonnaroo music festival.

The post Lizzo Admits She’s Low-Key Thinking About Having Kids: “My Albums Are My Babies” appeared first on .