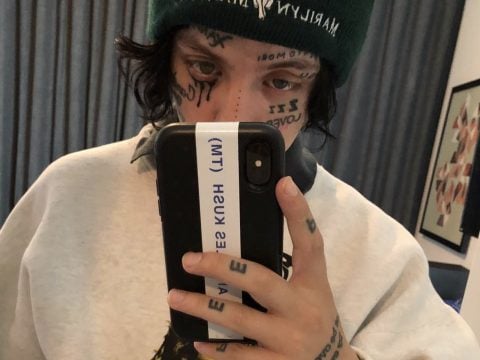 Rap newcomer Lil Xan is taking Mac Miller‘s death pretty seriously. The hip-hop rookie has nixed a few concerts to give himself ample time to recharge after working on a tribute album in the late rapper’s memory.

According to reports, Xan has canceled shows as a result of working 24/7 on the new Miller-dedicated project.

Sources close to the Cali MC tell us the reason Xan axed 5 upcoming shows — mostly in Texas and the Midwest — is to recharge after long hours in the studio recording a new album called, “Be Safe” … a tribute album to Mac, who died in September. We’re told Xan’s been working nonstop on it — if he wasn’t onstage somewhere, he was in the studio trying to perfect the project — and, at this point, he just feels burnt out. (TMZ)

Over the past few days, Xan has teased fans with the project’s artwork and teaser music.

This week, various hip-hop artists pulled through for a Mac Miller tribute concert in California.

Last month, the rapper’s ex-girlfriend Ariana Grande hit up her Instagram Story with a clip of Miller getting dressed up.