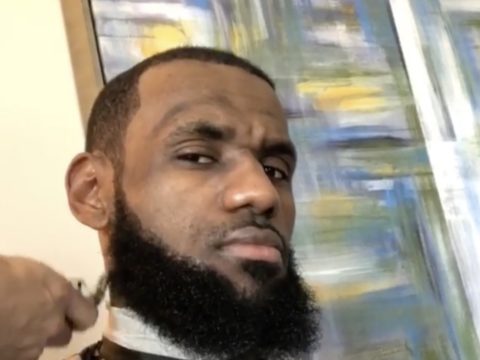 The love hasn’t stopped for Kobe Bryant ever since his tragic helicopter crash last Sunday. Everybody misses the Black Mamba and Los Angeles Lakers superstar LeBron James is showing it through some new permanent ink.

Big Facts: The tattoo, which is on his left thigh, reads “Mamba 4 Life” below a picture of a snake.

High-Key Details: The love for Kobe is so deep that people even want the NBA’s logo changed to honor him.

Before You Go: People aren’t happy that the family found out of the tragic news online before police could notify them, some even pushing for TV network Fox to cut ties with TMZ over the situation.