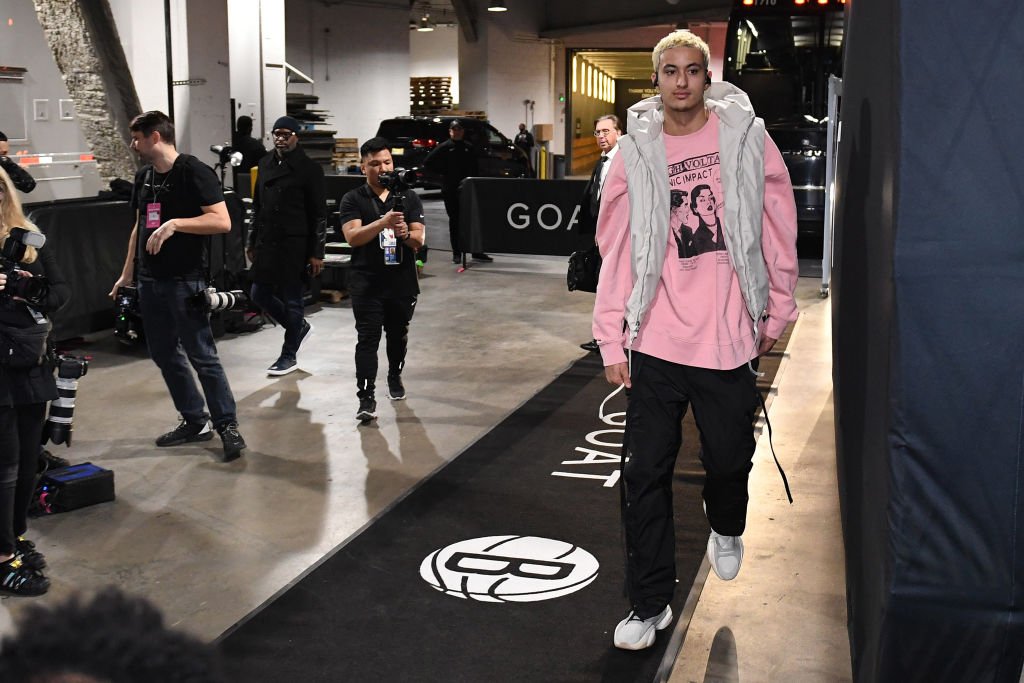 We back. @goat boyz

Kyle Kuza already has a 5-year endorsement deal with Puma, reportedly worth over $20 million, to rock their footwear on the court, but that won’t stop him from showcasing exclusive drip walking the NBA’s version of the runway, the arena tunnel. As part of his renewed deal with GOAT, he not only will rock rare kicks provided by the online sneaker retailer but also apparel and accessories from emerging, contemporary, and luxury brands that are sold on the site as well.

GOAT’s partnership with Kuzma isn’t the company’s only NBA related agreement. Back in November, last year, the company announced it secured a deal with the Brooklyn Nets. As part of the exclusive partnership with the NBA franchise, GOAT provided signage, content, and much more for both the home and visiting teams. Of course, the company will still focus on the player’s drip (good or bad) as they hit the arrival tunnel.

Speaking on the inspiration behind the  deal with the Nets, GOAT’s Chief Business Officer, Sen Sugano explained:

“We recently expanded beyond sneakers to offer apparel and accessories from the world’s leading contemporary and luxury brands. Moving beyond sneakers, we’re now the global platform for style, and our ultimate goal is to help individuals discover products that embrace who they are. We’re excited about the opportunity to partner with the Nets to showcase each player’s unique style.”

We fully expect more deals between GOAT and other athletes and NBA teams in the future.