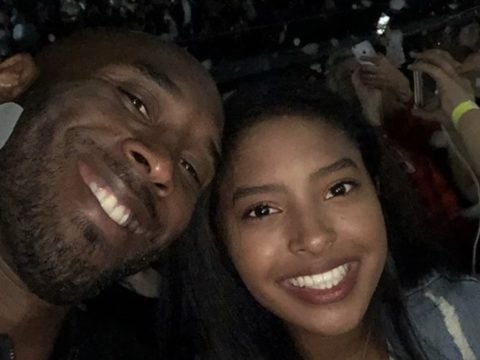 Turnt Tuesday. It’s a day to turn up SOHH why not get things going with Kobe Bryant fans flaming LeBron James following a last-minute loss to the San Antonio Spurs? Speaking of high-profile celebrities, should we all applaud Kanye West for coming through to support Chicago politicians? With rap stars on your mind, did Lil Yachty have to go off for getting mixed feedback for his Monday Night Football performance? All this coming up in SOHH Whatcha Think.

It’s hard to be the king. LeBron James went from getting everyone’s applause with a game-tying three point shot during last night’s regulation and then crushed hearts after missing two key free throws in overtime. As a result, social media – notably Kobe fans – have gone after King James’ head. Social media is on it:

LeBron ties the Spurs at 128 thanks to a clutch 3-pointer with just 2.4 seconds remaining in the 4th quarterpic.twitter.com/KpQommhCCw

Are Laker fans going in-in? Is this too much? Will King James bounce back? #SOHHWhatchaThink?

With all of the support for the other guy, it looks like Kanye West is showing some serious love for his Chicago roots and notably 35-year-old politician Amara Enyia who has received support from the Chi’s Chance The Rapper. More than a shout-out, Kanye has donated to her campaign to become mayor. Talib Kweli has weighed-in:

Thank you @chancetherapper for being an influencer in the right way…

Is this a personal move? Do you think Chance played a big role? Should we expect Kanye to do more of the same? #SOHHWhatchaThink?

Is there anything wrong with a little fan criticism? How about when it comes from an athlete? Turns out Lil Yachty dealt with a little backlash following his Monday Night Football halftime performance. Complex is on it:

That’s why u a free agent bitch https://t.co/eQmKrD2vKp

Enter Travis Blackley, a professional baseball player most recently signed to the Texas Rangers in 2013 and has remained unsigned by an MLB team since. In a now-deleted tweet, Blackley didn’t mince his words about his thoughts on the performance. “Absolute trash! How does this even pass for talent! Nothing about this so called music is real! What’s ur voice actually sound like without Autotune? It can’t be any worse that this!” (Complex)

Did Yachty need to respond? Is this facts or petty? Should ESPN keep the performances coming? #SOHHWhatchaThink?