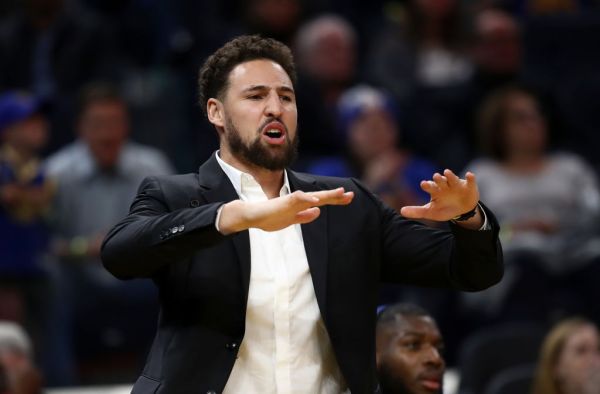 It’s been a lackluster season for the Golden State Warriors as they opened up their new Chase Center facility in San Francisco, going from NBA contenders to a 4-15 team that seems lottery-bound in the NBA draft. Enter Klay Thompson to inject some good feelings into the mix for last year’s Western Conference champions.

Of course, the Warriors’ down season is due to the fact that Kevin Durant broke boogie to Brooklyn, Thompson is out for the year with an ACL injury, and two-time NBA MVP Steph Curry sidelined with a wrist injury of his own.

Still, there were some reasons to smile at the Chase Center recently as Thompson put on the NBA analyst hat for a minute during the Warriors and Chicago Bulls game, showing that he might have a bright future ahead of him after he hangs up his jersey for good in a decade and change.

From commenting on the game to interviewing a current teammate, Klay knows how to have fun when he’s on the microphone talking to viewers at home. Check out some of his clips below and enjoy the show.

This is the best of Klay Thompson as a sideline reporter

"I might've butchered your name … I'm sorry, but I tried."

"That game above the rim tho, how'd it feel to throw down 'bout five of them dunks?"