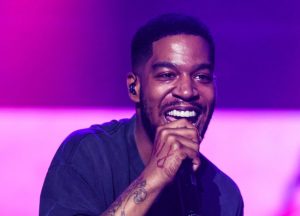 Kid Cudi is standing up for Lil Nas X and calling out homophobia in the Hip-Hop industry.

In a piece for Time’s “100 Most Influential People,” Kid Cudi revealed he was sad to hear Lil Nas X say a lot of black men in the industry don’t want to work with him.

Lil Nas had said this in response to criticisms for his debut album “Montero” not having any black men featured.

Kid Cudi paid homage to the young rapper, saying there’s a homophobic cloud over hip-hop, but Nas is going to break it down.

Cudi added having a gay man in hip-hop doing his thing is huge for the industry and black excellence. “The way he’s unafraid to make people uncomfortable is so rock ’n’ roll. He’s a true rock star.”

“Montero” dropped Friday, and although there’s no Kid Cudi feature yet, Lil Nas X did hint on Twitter he is open to working with the Cleveland native. “We will make the greatest song of all time together.”

Do you think we will see a Nas X Cudi collaboration on the album’s deluxe version? Share your thoughts below.