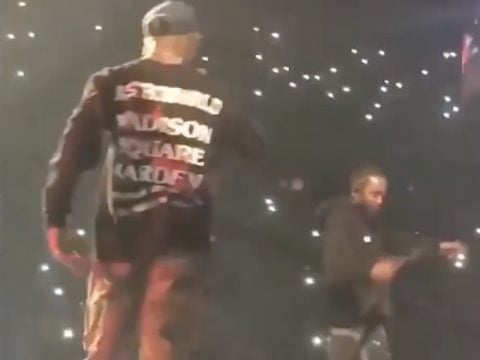 Over the past few hours, footage has emerged of K. Dot performing “Goosebumps” alongside Cactus Jack.

A few nights ago, Travis’ girlfriend Kylie Jenner shared a shot of herself repping his Astroworld Tour.

Tuesday evening, Scott shared footage of their daughter Stormi Webster hanging out backstage and turning up.