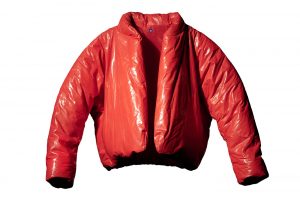 The Yeezy Gap Puffer jacket was gone within minutes.

While Kanye West didn’t drop DONDA last night on August 6, he did drop something. The music and fashion mogul took the fashion route and dropped some gear and made $7 million already.

As seen on Kanye West during his first DONDA listening event in Atlanta, the red puffer jacket became available for purchase on the morning of the DONDA release.

The puffer jacket is a Yeezy and Gap collaboration and according to its pre-order link, the jacket that costs $200 and was available in sizes XXS to XXXL, officially sold out.

Kanye continues to dominate the fashion and music world. As reported on Forbes he owns 100% of Yeezy. Since 2013’s release of his shoe division he has not missed one time. The Gap partnership seems likely that we will be seeing a repeat domination in the apparel department. Don’t underestimate the power of Yeezy season.