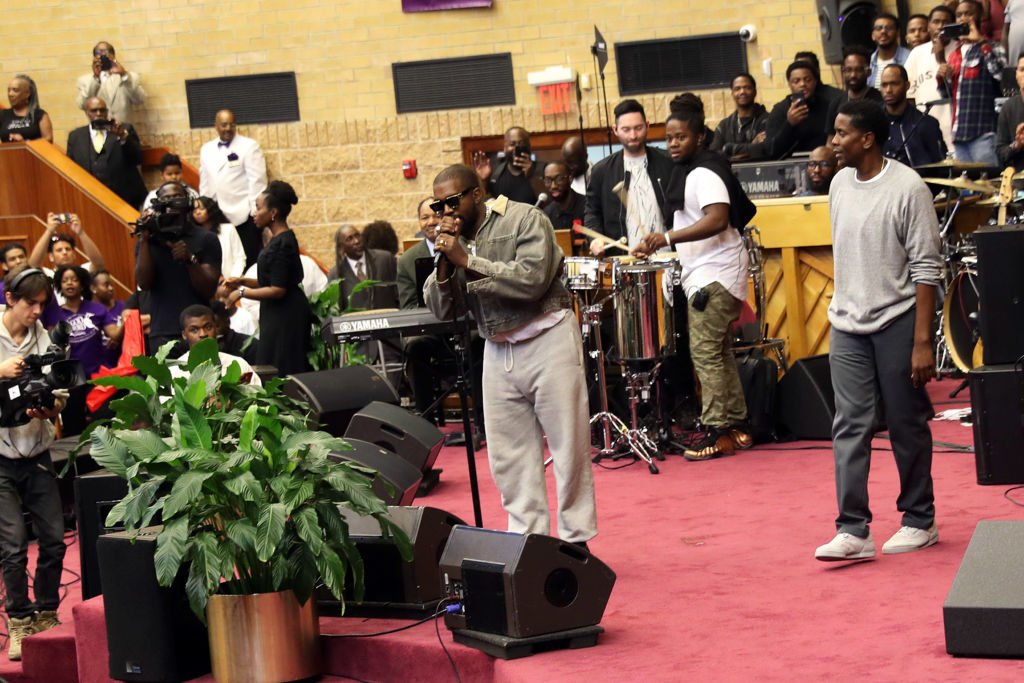 Kanye West is currently taking his Sunday Service across the country, putting gospel spins on hit records while spewing historically incorrect Black History facts. His white pastor is now claiming Yeezy is excited about reading the Bible and his newfound relationship with Christ.

This is all interesting despite the fact West proudly admitted he is “not a fan of books.”

News One reports (via the Julie Roys podcast) that although they just met in June, Pastor Adam Tyson is now the man who is helping guide the “Jesus Walks” rapper on his spiritual journey. Tyson opened about his first encounter with “saved” rapper stating:

“[The] first time I talked to [Kanye] the first Sunday in June, he told me, ‘I got radically saved five weeks ago.’ I said, ‘Kanye, what happened five weeks ago?’ He said, ‘I was just under the weight of my sin, and I was being convicted that I was running from God, and I knew I needed to make things right, so I came to Christ. I came out of the darkness into the light.’”

As far as Ye’s new love for the Bible, Tyson revealed:

“He’s so excited about studying the Bible. How can you say no?… The fruit that I’m seeing is he’s no longer continuing in some of the sin patterns that he was before he came to Christ. Right now, every day, he is living and walking with God, so from what I can tell, there’s no reason for me not to encounter that and be a part of that.”

Now, if only this pastor could really work a miracle and get Kanye to pick up a history book so he can stop running around saying ridiculous things like “slavery being a choice.”  Maybe he could even help West put the finishing touches on his rumored next album Jesus Is King so he can finally release it.

Now that would be like turning water into wine.