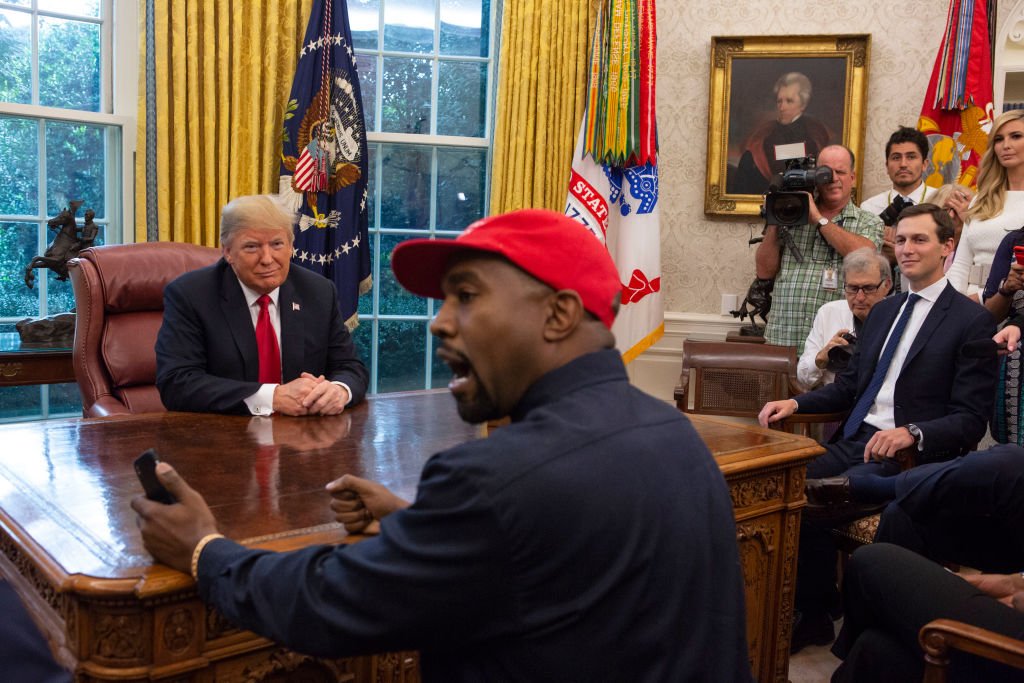 Kanye West is on his Creflo Yeezy, hooking up Sunday Service concert all over the nation, and not necessarily on Sundays. On his latest stop in Salt Lake City, UT, the Chicago rapper asserted he was still down with Donald Trump, while using suspect history, and Right Wing talking points, to justify his choice.

Kanye West At Sunday Service Salt Lake City talked about the Republican Party of Lincoln freeing the slaves and how he supports Trump: “I ain’t never made a decision only based on my color. That’s a form of slavery, mental slavery.” pic.twitter.com/0Cwom01ipF

While speaking to the crowd, Yeezy tripled down on his I’m not going against Trump just because I’m Black rhetoric, basically.

“Abraham Lincoln was the Wig Party, that’s the Republican Party that freed the slaves,” said West. “People want to call me a coon because I chose my right. We have a right to our own opinions right?

He added, “…I ain’t never make a decision based only on my color. That’s a form of slavery, mental slavery. I ain’t drink from the white person fountain. … I ain’t playing with them. All these mind controllers, the media, all of these mind controllers. I find that wherever Christ is where I’ve got my mind at. We find that the love of Christ is where I’ve got my mind back.”

Part of the issue is West only told part of the history. Yes, those Republicans of Abraham Lincoln’s era indeed freed the slaves. However, said Republicans shifted over to the Democratic party, of today. The current Republican party is being led by Donald Trump, a blatant racist, misogynist and sexist who gives no f*cks about Black people or even America, if it doesn’t add to his wallet.

You have to wonder why so many scoundrels and racists seem to gravitate toward the GOP. Also, Kanye West didn’t even vote.

That said Kanye West needs more friends, and to ready some more. This isn’t just us pointing out the jig, peep the reactions below.

West, who hasn’t tweeted since New Year’s, also railed against social media: “Do not read comments on the Internet. These people don’t know you like that. Social media is designed to make you think slower. … They want to slow you down and control you” pic.twitter.com/1BGpA5prGt