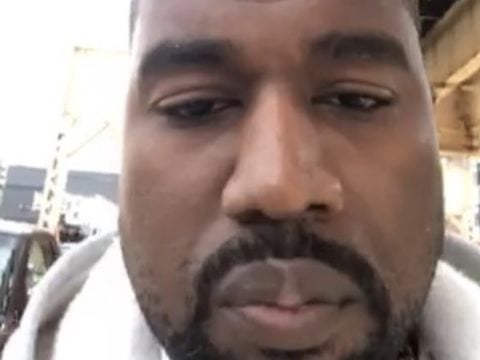 Yeezy went to Instagram Thursday (September 20) with four clips going at Nick Cannon and Drake – notably related to them disrespecting his wife.

Earlier this month, Kanye lost his cool and forced a reporter to leave a Ralph Lauren fashion show after asking about Kim’s recent social media bout with Tyson Beckford.

In video footage, Kanye can be seen aggressively telling an event PA that either the reporter be booted out, or he was leaving. ‘She needs to be kicked out right now, or I’m going to leave. Right now,’ he told her. ‘Do you want to do that? Or do you want me to leave?’ he added. The 41-year-old then leads the PA back to the interview room, before identifying the reporter by pointing a finger in her face. (Daily Mail)

The post Kanye West Goes At Nick Cannon, Drake & Tyson Beckford In Must-See Clips: “None Of Y’All Speak On My Wife. Period” appeared first on SOHH.com.