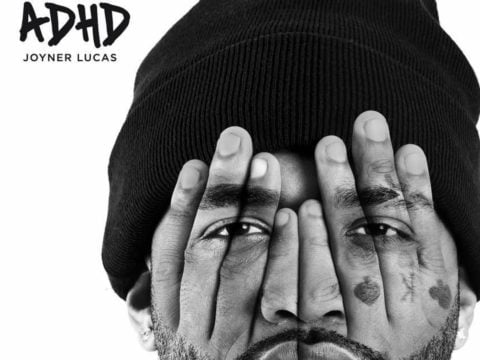 Rap newcomer Joyner Lucas has a message to any and everyone who doubted his come-up. The hip-hop artist has announced a new album inspired from his childhood Attention-deficit/hyperactivity disorder.

Lucas went to Instagram Friday (October 12) to break the news to fans and announce new music dropping next week.

When I was a kid I was diagnosed with “ADHD”.. they said I was aggressive, fidgety, hyperactive, impulsive, etc… they tried to put me on meds. Everyone around me including my own parents made me feel like I wasn’t normal. I had to constantly see a doctor who made me take tests and all that. They separated me from the regular kids in school and put me in these classes away from everyone. I never felt like anything was wrong with me other than the fact I was just different and misunderstood. Every school I went to received a IEP, (which is a special folder with all my “ADHD” information) so they can repeat the process all over again. It was basically no different than wearing a sticker on your shirt that said “inmate”. I was judged by other students & even teachers. They spoke to me as if I was stupid and less intelligent than everyone else. In middle/ high school I was put in behavior disorder classes for my entire years attended. That consisted of 1 room away from everyone with a bunch of teens who had various types of behavior and learning issues. It was no different than being in solitary confinement. Eventually I would act out which led to me being expelled and sent to a alternative school. I can’t even count how many times I have been told that I wouldn’t amount to anything. Creating music was and always has been my only therapy. It’s the only way I ever knew how to express myself. I was tired of being cut off every time i spoke or had a opinion.. I figured if I made music then you would have no choice but to listen to me and hear me out. This project is my big FUCK YOU to any and everybody who never thought I wouldn’t make it this far. My big FUCK YOU to anybody who has ever stood in my way. My big FUCK YOU to anybody who ever shitted on me on my way up. That goes to family, friends, enemies, ex girls, teachers, principals, police, judges, or anybody who told me I wouldn’t get here. The kid with “ADHD” did it.

Throughout September, Lucas shared pics of himself on-set and alongside Em.

Do You know how long I waited to ask this question? @eminem

The post Joyner Lucas Announces New Album Inspired From His ADHD Struggles: “This Project Is My Big F**K YOU” appeared first on SOHH.com.