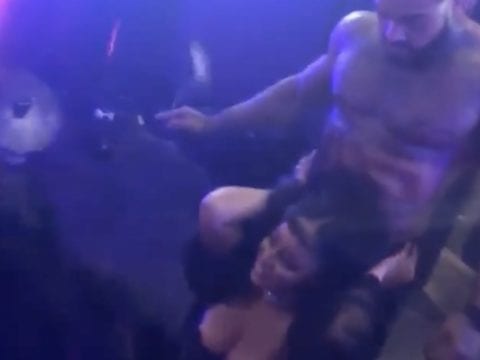 Vixen Tahiry José is making jaws drop all the way to the floor. The hip-hop model went to social media this week to deliver some mind-blowing footage of herself turning up at friend Erica Mena‘s bachelorette party.

Early Sunday, Tahiry went to Instagram to deliver some steamy footage of herself grinding with an unnamed man at the star-studded event.

On Saturday, Mena’s fiancé Safaree Samuels blessed fans with a photo shoot pic of himself and wife-to-be.