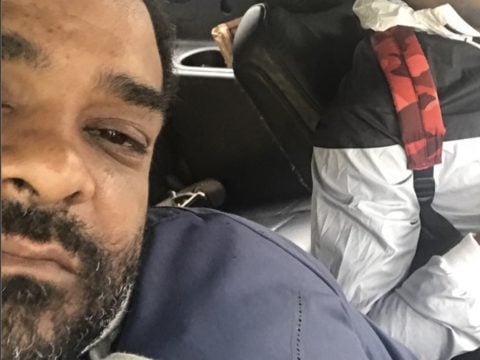 Jimmy hopped on Instagram Monday (October 29) to reveal his personal connection to Young.

Woke up to another phone call i didn’t wanna get. Another young brother shot down in the street. Prayers up for @younggreatness7

He got shot and killed outside a Waffle House in New Orleans this morning.. #YoungGreatness

According to reports, the fatal slaying went down a few hours ago outside a Waffle House restaurant.

New Orleans rapper Young Greatness was shot and killed in his home town early Monday morning, according to friends. He was 34-years-old. Young Greatness, who’s given name is Theodore Jones, was fatally shot while outside the Waffle House in the 2900 block of Elysian Fields Avenue. According to NOPD, the shooting occurred around 1:35 a.m. When officers arrived at the scene they found the victim with a single gunshot wound. He was pronounced dead on the scene. (4 WWL)

Some reports claim the hip-hop artist had visited New Orleans for a short stay.

Jones’ mother, Jeanine Rose, said her son was in New Orleans for a funeral and was supposed to have been back in Atlanta yesterday. Rose said her son graduated from Kennedy High in 2002, was never violent and did not carry a gun. It is not clear what led to the shooting. (WDSU)

Over the past few years, Greatness has made name for himself in the New Orleans rap scene.

Young Greatness is known for his 2015 song, “Moolah,” which made it to the Billboard Hot 100 chart. The music video was set in New Orleans. Jones is a New Orleans native, who moved to Houston after Hurricane Katrina, according to media reports. (NOLA)