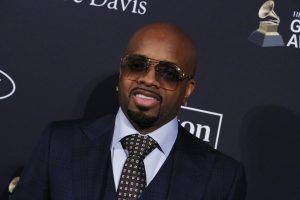 The conversation surrounding Diddy and Jermaine Dupri going hit for hit with their catalog is getting hot. It all began following a verzuz battle between Fat Joe and Ja Rule when Dupri called out Diddy, saying he wanted to battle the Bad Boy producer. While many were hyped about the request, Puff kindly declined, suggesting Dr.Dre instead.

“You aiint got enough hits. I’ll smash you with just biggie n Mary . But I do have the upmost respect on you as a musical legend – Dre the only one can get in the ring with me,” Brother Love wrote in response to Dupri.

The conversation didn’t stop there. The two have been going back and forth on Twitter and Instagram, including a live stream where Diddy began to run down some of his most notable hits.

In a sit-down with V103 Atlanta, the SoSoDef creator is still standing on what he said. “Let me say this to y’all, everybody, be clear,” he stated. “I just want to make sure everybody understands this. I am in the Songwriters Hall of Fame. Puff Daddy’s not in the Songwriters Hall Of Fame. Steve Stoute and the Trackmasters are not in the Hall of Fame.”

JD then named a few musicians who he believes have a seat at the table with him. “Me, Dallas Austin, Jay-Z, and Missy Elliott—when it comes to songwriting… I shouldn’t have to play nothing… I am in a seat that Puff Daddy can’t pay for. You have to write songs, and as far as I’m concerned, as far as I’m concerned, I don’t know if he’ll ever get in that club.”

Check out the content below. Who do you think will take home the crown?