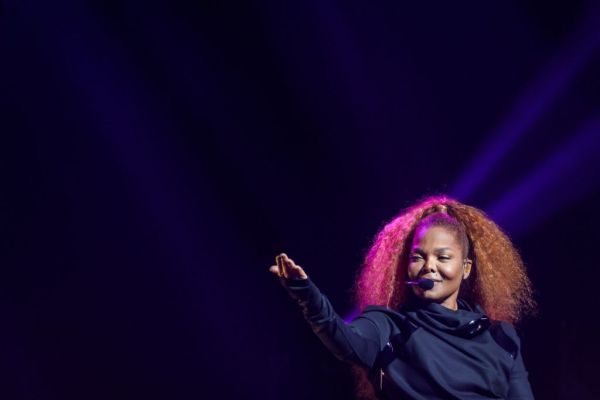 Janet Jackson is currently on the tail end of her Las Vegas residency and a father got the surprise of his life after meeting the musical legend. While backstage, the Jackson superfan got to meet the singer and entertainer and the moment was all caught on video by his son.

Posted to KB Strawder Jr.’s Twitter account, the video shows his father explaining to a group of listeners how much it meant to see Jackson perform live.

What his dad doesn’t know is that the “Rhythm Nation” singer is right behind him.

As Strawder’s dad explains how just seeing Janet Jackson was a highlight, she wraps her arms around him, saying, “That’s really sweet. I’m glad you liked it.”

Strawder, a business entrepreneur and Air Force veteran according to his Instagram bio, along with his brother surprised their dad for Father’s Day with tickets to see Jackson.

The aforementioned video of the dad being surprised with tickets a while back apparently caught the attention of Jackson, making the entire moment even more special. Check out the videos below.

Remember my dads reaction on Father’s Day to him finding out he was going to see @JanetJackson show in Las Vegas?….well we went to the show and there was one more surprise. pic.twitter.com/NjMAQOMWkN