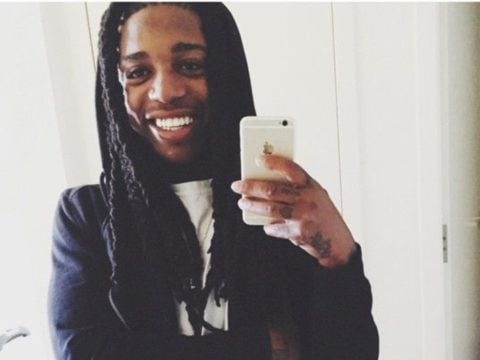 R&B singer Jacquees has nothing but love for Ella Mai. The Cash Money crooner has simmered down speculation of bad blood existing between them.

Jacquees went to Instagram Wednesday (October 17) with footage of himself hugging up on Ella.

This week, Mai admitted she had no parts in having Jacquees’ “Trip” remix taken down from streaming sites.

“I didn’t play any role,” Mai revealed when asked if she played a role in having Jacquees’ version taken down. “To be honest. I felt like my label made a statement and there’s not much else really to say about it. Honest. People are going to take it how they want. I don’t want people to think different than what the actual situation is but a lot of it is people don’t know the real ins and outs of the industry.” (Hot 97)

A few weeks ago, Jacquees responded to reports about Ella taking down his ode.