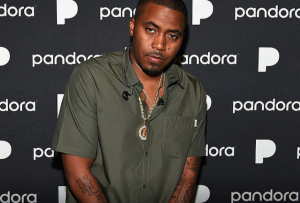 Today marks the 48th birthday of one of hip-hop’s most treasured lyricists, Nas.

By many, Nasir Jones is number one on their top, 10, 5, and 3 lists of the greatest emcees to ever touch the mic in Hip-Hop history. Marbled as the prodigal, deep, and lyrically intellectual spitter, Nas’ coming into Hip-Hop owned multidimensional potency. Not only was he a dexterous battle rapper, but the Queensbridge emcee was also gifted with a melodic touch for wax.

His 1991 debut on Main Source’s “Live At the BBQ” was an impressive display of the young Nas’ lyrical dexterity, on a collective track with ridiculous blows.

“Verbal assassin, my architect pleases/When I was twelve, I went to hell for snuffing Jesus,” Nas easily launched the most compelling debut of a Hip-Hop emcee.

The mesmerizing drop eventually leads to a deal with Columbia Records, where he goes on cement a legacy.

Over the course of two years, Nas huddled some of the culture’s best producers of the time, Large Professor, DJ Premier, Q-Tip, and Pete Rock to mold the echo of his debut album, Illmatic. The 1994 gem gained the likes of Hip-Hop purists and the young black youth. Drawing up the panoramic narrative as the young black boy from Queensbridge on the quest for survival, the 10-track piece is considered to be the greatest Hip-Hop album of all time.

Nas has truly made his way into the prestigious lines of Hip-Hop heights. As of 2018, Nasty Nas is certainly heralded as rap royalty, respectfully. His influential reach stands beyond his lyrical supremacy, but his unmatched spirit which is true to the art form of rap.

Happy Birthday to one of the greatest lyricists in Hip-Hop history, Nas.

The post Happy 48th Birthday To The ‘King From Queens’ Nas! appeared first on The Source.