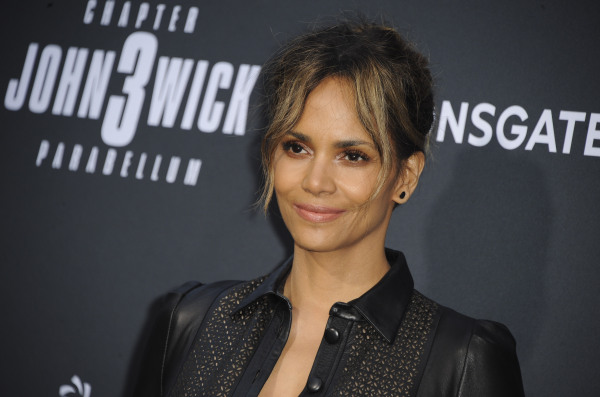 Halle Berry has remained one of Hollywood’s most glamorous figures for nearly three decades, and she is still turning heads at 53. The Academy Award-winning actress took to Instagram to drop quite the sultry thirst trap, literally using the moment to explain an important health benefit.

Berry was using her IG page to promote the benefits of hydration in fitness, which no doubt is a valuable practice for those trying to get fit. However, instead of simply sipping the water from her bottle, Berry dramatically lets the water run all over her body in the photo.

The Instagram post is part of a larger challenge issued by the actress to promote a water challenge, asking her 5.6 million followers to join her in drinking at least eight ounces of water eight times per day.

From the looks of things, Halle Berry has definitely been drinking her water and minding her business.

Today’s #FitnessFriday is about one of the most important factors of any fitness routine – HYDRATION. We are made of 60% water, and replenishing that amount can have life changing effects on the body – weight loss, higher energy levels, better cardiovascular health, and younger looking skin. The crazy part? When you’re thirsty, you’re already dehydrated – it’s said that we need upwards of 64 oz. of water a day to stay hydrated and that’s NOT including if we’ve worked out. So I challenge all of us today to drink at least 8 x 8oz. glasses of water a day, EVERYDAY, until next week. Would love to keep track on everyone’s progress, so let me know how it’s going in the comments of this post! LETS DO THIS

Made in the shade.