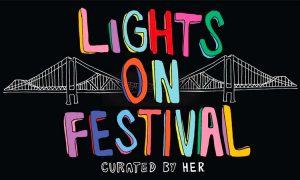 H.E.R. is a heaven-sent R&B goddess. This past weekend, the Bay Area native made sure that R&B music was brought to the forefront, and the Bay Area was in for a treat.

The annual festival galvanized tens of thousands of attendees at the Concord Pavilion in California to see performances by classic and current R&B acts. Rhythm and Blues brings forth a feeling of nostalgia and that feeling was on full effect.

Erykah Badu and Keyshia Cole took the stage to perform their classics songs as the crowd sung word for word to each tune. In true Baduism fashion, she donned a 10-piece garment, highlighted by her platinum jacket. Oakland native Keyshia Cole performed beloved hits such as “Love, “I Should’ve Cheated,” and “Let it Go.”

Ty Dolla $ign, Bryson Tiller, and Ari Lennox took the stage as well. It was the “Paranoid” crooner’s first live performance since the beginning of the coronavirus pandemic. For Tiller, he had not touched the stage since then as well.

Fresh from her VMAs debut, Chloe Bailey joined H.E.R on stage for an energy-filled performance as well.

H.E.R. closed out the show with a dynamic performance of her most beloved songs.

“I don’t know why people say R&B is dead when R&B lives in everything, it’s the foundation,” she says. Her annual festival proved that to be nothing but facts.