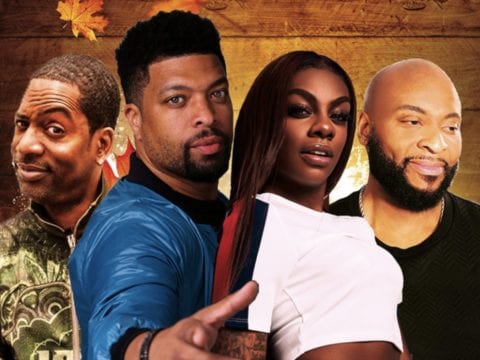 The weather is only getting colder and the only other thing to help take your mind off the dropping temperatures is comedy. Next month, comedians Deray Davis, Jess Hilarious, Tony Rock, Drew Frasier and Smokey Suarez team up for a couple of huge comedy shows at New Jersey’s popular Prudential Hall venue in Newark and New York City’s King’s Theatre in Brooklyn. Check out the details below, CLICK HERE for Prudential Hall tix and CLICK HERE for Kings Theatre to buy your tix and enter to win a pair for yourself!