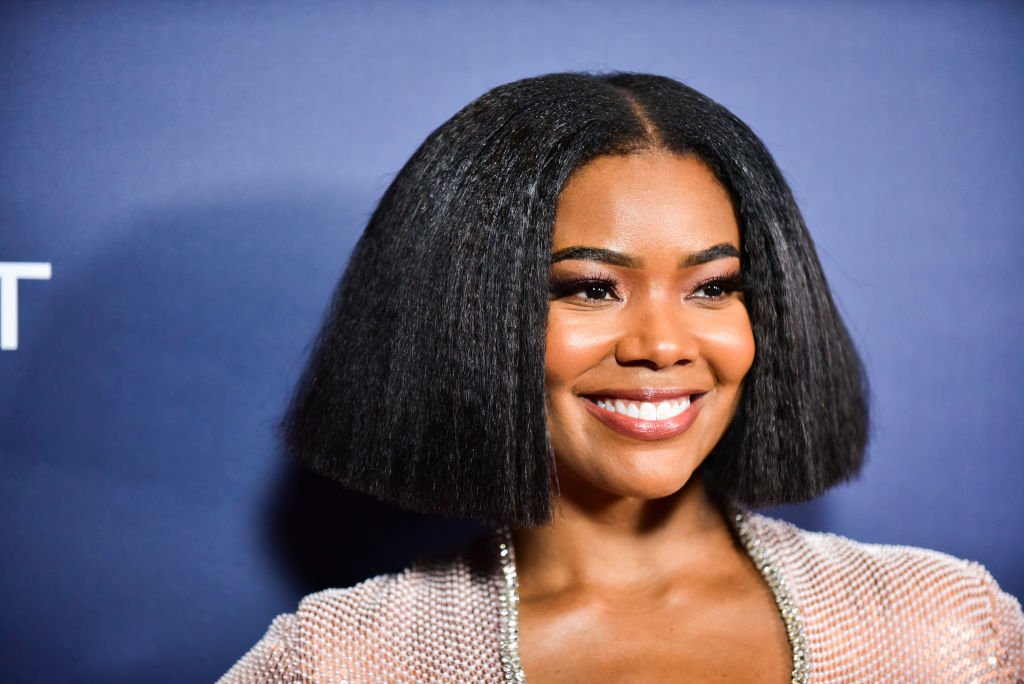 Gabrielle Union doesn’t have time for the slander, so when a Twitter user decided to tweet an image of her family, she had something to say.

The incident came after Dwyane Wade posted a cute photo with Gabrielle Union, their son Zion and daughter Kaavia with the caption “My girls” on his Instastory, many fans thought the photo was sweet but there were a few that had issues with the loving post.

One fan, in particular, took to Twitter to discuss the photo when Union herself saw the tweet and decided to respond.

I truly hope that everyone gets the love, support and hugs they deserve. Also Kaav ain’t with the dumb sh*t. Peace & Blessings good people.”

I truly hope that everyone gets the love, support and hugs they deserve. Also Kaav ain't with the dumb shit. Peace & Blessings good people. https://t.co/faFyusNktj

While the original poster clarified that she “didn’t see anything wrong” with the picture, it does show exactly how insensitive that Black people can be in regards to homosexuality. While the Wades have always been “family first” and showed overwhelming support of their 12-year old son, who came out as gay earlier this year; fans of the basketball superstar weren’t so open.

From being criticized as parents, to being called “gay” himself, the treatment of Dwyane Wade and Gabrielle Union are clear examples of how toxic some Black people can be when it comes to homosexuality. When Pharrell graced the cover of this month’s GQ in a bold way to help push forward the new trend of healthy masculinity, many Black folks weren’t too thrilled.

Nah. I’m good sticking with the old masculinity. Wasn’t looking for an update or definition. But you do you and ima do me.

This is sad. The worship of celebrity culture leaves young blacks susceptible to this as we don’t have a self contained culture. Integration came too early and all we have now is to be a Petri dish for cultural experiments by yt liberals who feel morally superior than anyone.

Pharrell has always seemed soft spoken & wore feminine clothing. Not surprised by that.

But for GQ (& the media in general) trying to promote him as an example of the “Standard Black man” is bullshit Lol.

The so-called "new masculinity" is nothing more than thinly veiled femininity and vice versa. Masculinity and femininity are fine where they have been for thousands of years.

Despite the general consensus of some Black men and women, the definition and expectation of traditional masculinity and femininity are not “fine.” In fact, for the first time in history, we are seeing a horrifying increase in suicide within the Black community, especially young Black boys.

According to a study completed by the CDC, African American men and young boys are four times more likely to commit suicide than Black women and young girls, although an increase has been seen in both. A recent study in the Journal of Community Health showed that suicide rates among black girls ages 13-19 nearly doubled from 2001 to 2017. For black boys in the same age group, over the same period, rates rose 60 percent.

It’s time to really examine how we view homosexuality, mental health, and non-traditional forms of masculinity because the old standards are literally killing our children.

MSNBC reports that children ages 5 to 12, black males are committing suicide at higher rates than any other racial or ethnic group, leaving clinicians like Dr. Michael Lindsey, the executive director of New York University’s McSilver Institute for Poverty Policy and Research, asking where is the outcry.

“If suicide was a black phenomenon and all of a sudden there was an uptick in white kids committing suicide, there would be a national outcry,” Lindsey said.

But this isn’t totally a problem that requires an outward look, many children and young adults feel that the pressure to attain outdated goals, bullying, discrimination, and harassment as a part of the LBGTQ are all reasons given for suicide attempts. Couple exclusion with toxic masculinity and we see why there are huge numbers of Black and Brown transwomen being murdered with little to no coverage.

The issue has become so bad that Congressional Black Caucus member Rep. Bonnie Watson Coleman initiated a task force to combat the problem and raise awareness.

“I said to my staff, ‘We gotta do something about this’,” Watson Coleman told MSBNC. “I don’t know to what extent we have control over anything, but the least we should be doing is raising the concern so that this issue could be addressed. The more we get into this, the more frightening the situation becomes to me, the more we recognize that suicide, in general, is a problem across communities, but it has a particular impact in the black and LGBTQ communities.”

This speaks volumes as to why the message that the Wades are showing their son about inclusion is very important.

“We support each other with Pride,” Dwyane Wade said in a post in April, supporting his son’s appearance at Miami’s PRIDE parade, maybe it’s time for the rest of us to follow suit.