Lori Harvey is moving on.

After splitting with Sean “Diddy” Combs, the model is sparking romance rumors with Future. According to Hollywood Life, the two were spotted at the same location in Malibu over the weekend.

On Sunday, Future posted a black-and-white Boomerang of a beach with the caption: “Peace of mind…” 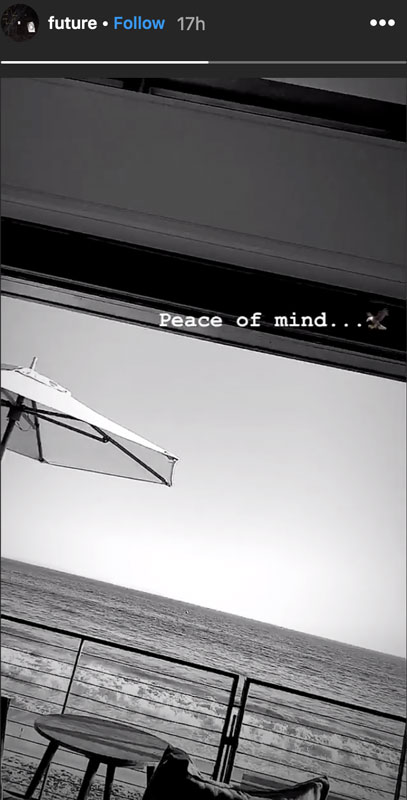 Harvey posted a similar shot to her Instagram Stories around the same time. The photo shows her green Balenciaga purse perched on a table overlooking the beach, which was geotagged Malibu. Upon closer inspection, it appears that Harvey’s photos were taken at Nobu and nearby Soho House. The same umbrellas and railings can be seen in Future’s video, which was also taken at Soho House. 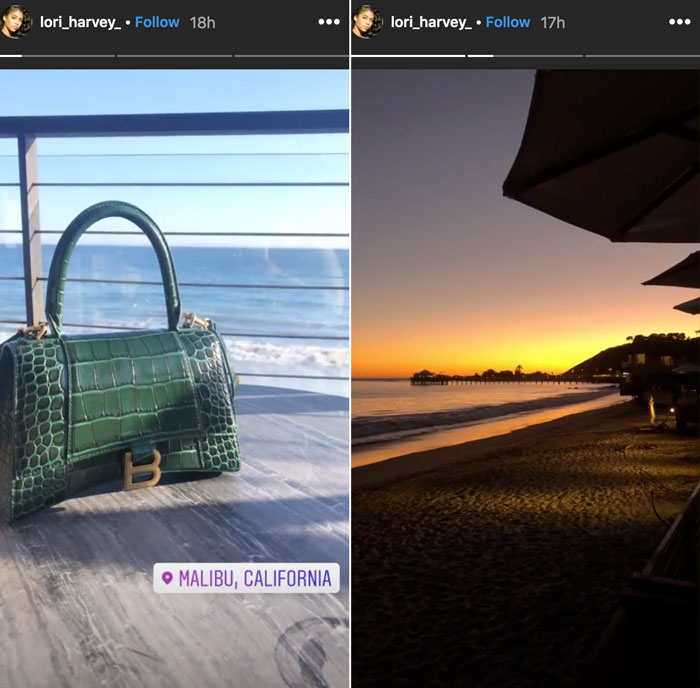 While it could just be a coincidence, Future reportedly had a “brief fling” with Lori in 2018, according to BET. Steve Harvey’s step-daughter has also been linked to Trey Songz and Diddy’s son Justin Combs.

The Future rumors come as Harvey ended her relationship with Diddy. “Him and Lori had a fun fling but Diddy is still healing and focusing on himself right now,” a source told E! News. “He is not ready to be in a long-term committed relationship and is focusing on his kids right now.”

Just hours after her beach visit, Harvey was arrested by the Beverly Hills Police Department for a hit-and-run. According to E! News, she hit a parked vehicle and flipped her Mercedes G-Wagon before fleeing the scene. She was not booked, but received a misdemeanor citation.