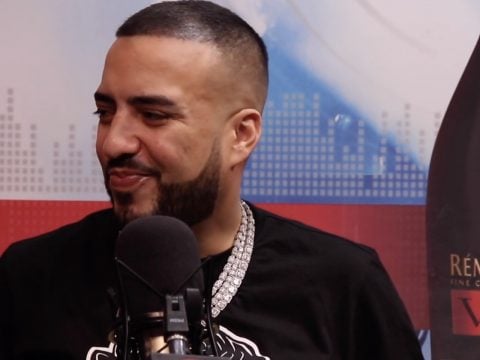 In a new interview, Montana talked about the King of New York title and 6ix9ine’s current legal situation.

Wait for the facts, no? lol

[Tekashi 6ix9ine: 5 Things You (Probably) Didn’t Know About The Self-Proclaimed King Of NY]

Recent reports claimed law enforcement relocated Tek and possibly had a deal on the table for him.

Tekashi 6ix9ine has been transferred to a federal facility that is regularly used to house witnesses who cooperate with the feds … TMZ has learned. Sources connected to the new detention center tell TMZ … federal authorities facilitated the transfer Wednesday night. Our sources say 69 specifically asked to be in a unit away from the Crips and the Bloods. 69’s attorney, Lance Lazzaro, would not comment on whether his client is trying to cut a deal in return for spilling the beans on others in his racketeering case … he would only tell TMZ the transfer was for “security reasons.” Lazzaro tells us 69 was getting threats from gang members at MDC. (TMZ)

Breaking: #Tekashi #6ix9ine has been released from federal prison. Full story in bio link. . . UPDATE: TMZ reports that Tekashi has been released from Brooklyn Metropolitan Detention Centre and moved to another facility which is regularly used to house witnesses who cooperate with the feds. His lawyer says he doesn’t know where the rapper has been taken.

The post French Montana To 6ix9ine: “You Can’t Say You’re The King Of NY While JAY-Z’s Still Alive” appeared first on SOHH.com.