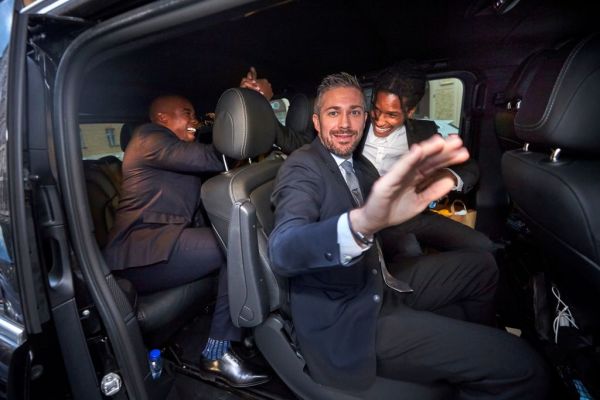 A$AP Rocky is a free man for the time being, and he’s certainly soaking up the fresh air after being confined for weeks in a Swedish jail. Russian asset President Donald Trump is, of course, sticking his nose in the middle of the celebration with Rocky back on U.S. soil.

A$AP’s private jet touched down at LAX after a long flight from Sweden … this after the judges in his criminal case allowed him to leave the country as they noodled over the verdict.

The rapper was ecstatic … smiling, taking pics with folks, hugging people. He actually stayed in the private terminal parking lot for around 45 minutes, talking and joking most of the time.

As we reported, all signs point to a not guilty verdict. Prosecutors in the assault case asked the judges to keep Rocky behind bars because he remained a flight risk. The judges had a middle-ground option — to release him from custody but order that he remain in Sweden, pending the verdict which will be announced on August 14, but instead they let him return to the U.S.

Trump put out a cringeworthy tweet saluting Rocky’s release and the responses under highlight how blind his faithful is and how others see right through the racist con man’s act.