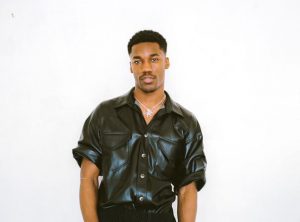 If you are a user of TikTok then there is no doubt that you have heard one of Giveon’s singles as a dance trend on the popular app. Giveon first rose to prominence with his appearance on Drake’s “Chicago Freestyle” back in 2020 and ever since the singer has been creating a name for himself with its such as “Heartbreak Anniversary,” “Still Your Best,” “Like I Want You,” and more.

Just at the start of the week, Giveon announced that he would be holding his first-ever tour “Timeless Tour.” It’s safe to say fans were waiting on the arrival of this tour as the tickets sold out literally in minutes. The singer posted the news to his Instagram an hour after the tickets went up for sale.

“You guys really sold my first tour out in minutes……I can’t tell you how much that means to me. I love you all…see you soon,” he penned on Instagram.

While many fans were happy to purchase a ticket, others were upset that they didn’t make the cut .. check out some of the comments below.

Were you able to get tickets to Giveon’s tour? Let us know below.

The post Fans React To Giveon’s Timeless Tour Selling Out In Minutes appeared first on The Source.