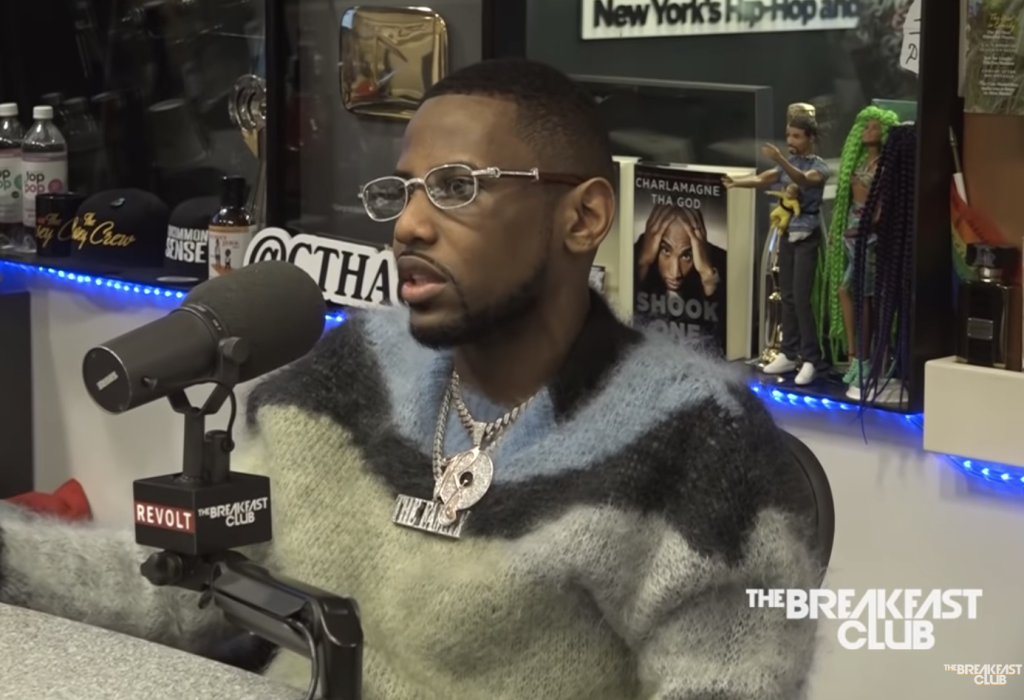 Beyoncé doesn’t play when it comes to her family and that is something Fabolous found out the hard way.

During his interview with The Breakfast Club, Fabolous recalled a time that Beyoncé approached him about a mixtape lyric comparing the Knowles sisters before ultimately dismissing Solange for Bey.

”It’s funny I used to just say whatever on record about people,” Fabolous said. “But you know who changed that—Beyoncé. She literally came up to me about a line on one of my mixtapes that I never thought in a million years that she would hear it. She walked up to me at an event and was like, ‘lemme holla at you’ and told me that the lyric hurt Solange’s feelings.”

Although Fab didn’t get too specific with the details, he stated that his conversation with Queen Bey led him to apologize to Solange for the line.

“The line wasn’t bad,” Fabolous continued. “It was like, ‘If you had a room full of Beyoncés why would you pick Solange’ or something like that, but I didn’t think about it like this could hurt someone’s feelings until Bey came up to me. So when I seen Solange she was real blunt with me like on some ‘what’s up?’ But I apologized to her and she basically told me the same thing that with my influence I really have the ability to hurt people and since then I have been conscious of what I say.”

In addition to sharing his run in with the tougher side of Beyoncé, Fabolous also discussed his childhood, his fashion sense and how he stays relevant.