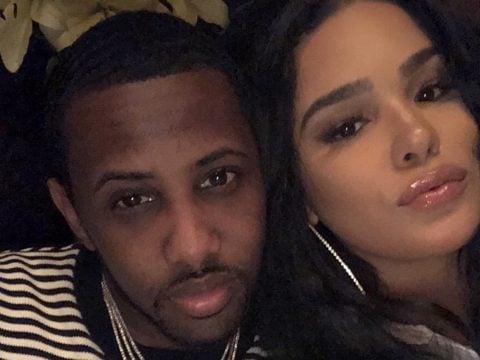 New York rapper Fabolous and Emily B are looking coupled up more than ever. The hip-hop duo have teamed up to dress up as cartoon family The Jetsons.

Fab went to Instagram Thursday (November 1) to share a slideshow of pics of himself, Emily and their kids dressed up as the classic fictional fam.

The Jetsons aka THE FAMILY #HappyHalloween

Some reports claim Fab has flexed a wedding band over the past few weeks.

Fabolous and his longtime girlfriend Emily B reportedly tied the knot one week ago in a private ceremony in New Jersey. Several outlets are claiming they were secretly married by a county clerk, and only family and friends attended. Fabolous was seen wearing what looks to be a wedding band at last week’s BET Hip-Hop Awards, and Emily has posted several photos in recent days where she’s wearing a band of her own. (Atlanta Black Star)

Last month, reports surfaced about Fab getting hit with an indictment in New Jersey on felony charges related to an Emily altercation.

The post Fabolous & Emily B Slay In Their Boo’d Up Halloween Outfits appeared first on SOHH.com.