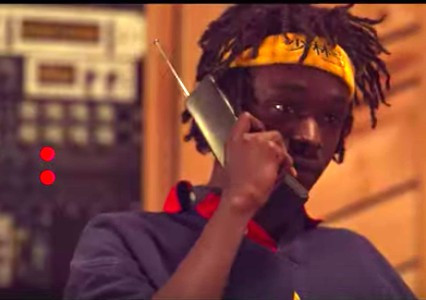 The 10-episode arc of the opening season of Hulu’s Wu-Tang: An American Saga comes to a close this coming Wednesday (October 23), and Hip-Hop Wired has an exclusive clip for the masses. In the scene, Bobby attempts to coax the brooding D-Lover into joining the rest of the Shaolin Swordsmen in recording some music.

Bobby “RZA” Diggs, played by Ashton Sanders is seen playing some tracks over the phone after trying to ring Dennis “Ghostface Killah” Coles’ home line and leaving a lengthy message on his answering machine (remember those?). Bobby, who is trying to rally the sprawling and burgeoning Wu-Tang Clan into one cohesive unit, blasts recordings of what sounds like Ol’ Dirty Bastard and the GZA trading bars.

D-Lover, played by Siddiq Saunderson, angrily turns down the live-recorded message but then raises the volume up and bobs his head with an approving smile.

The scene comes from the episode “Assassination Day,” which borrows a song title from Ghostface Killah’s 1996 solo debut, Ironman.

The episode will be ready for streaming on Wednesday, October 23.

Check out the clip below.