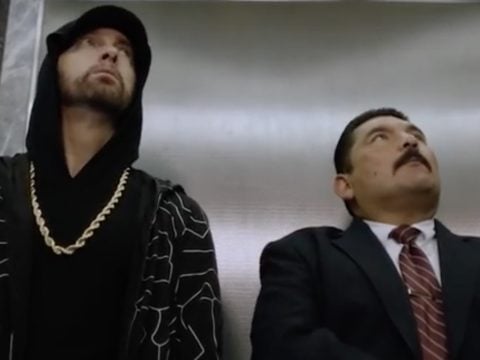 Em went to Instagram Tuesday (October 17) with a shot of himself atop the Empire State Building performing his “Venom” smash.

Initial reports revealed Em would perform atop the Empire State Building for his televised set.

The post Eminem Shares One Of His Fave Moments Rapping Atop Empire State Building Last Night appeared first on SOHH.com.