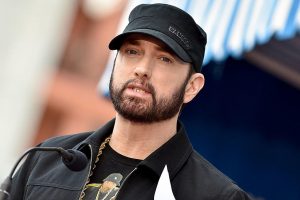 Eminem is marking the return of Mom’s Spaghetti for Sept. 29 in Detroit. Shady will set up shop at 2131 Woodward Ave.

According to The Detroit News, a commercial hit the airwaves in Detroit, showing Eminem throwing up spaghetti into the Detroit river.

The post Eminem Set to Bring “Mom’s Spaghetti” Back to Detroit appeared first on The Source.