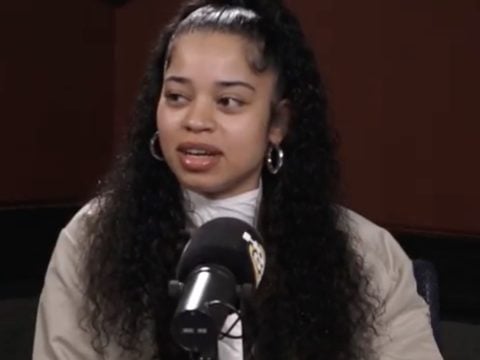 R&B singer Ella Mai has cleared the air on the perceived drama between herself and fellow crooner Jacquees. The music newcomer addressed music executive Birdman‘s protégé having his cover of her “Trip” taken down from all streaming sites.

“I didn’t play any role,” Mai revealed when asked if she played a role in having Jacquees’ version taken down. “To be honest. I felt like my label made a statement and there’s not much else really to say about it. Honest. People are going to take it how they want. I don’t want people to think different than what the actual situation is but a lot of it is people don’t know the real ins and outs of the industry.” (Hot 97)

Mai also made sure to shut down recent speculation about appearing in a bogus leaked sex tape.

“Mustard is like, it’s not even like a business thing. That’s like my big brother. He really looks out for me. Anything that anyone does that’s going to try and badmouth me, he’s not having it. I somewhat laughed. This is ridiculous. You can clearly see it’s not me and people are just trying to drag anything into the air. It was that ridiculous. I think it was so ridiculous that I was like, ‘This is dumb.’” (Hot 97)

A few weeks ago, Jacquees responded to reports about Ella taking down his ode.