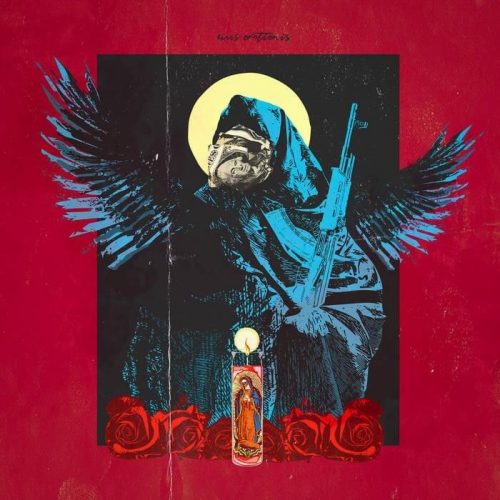 This is the brand new EP from Buffalo, New York emcee Elcamino. First time I listened to him was in November 2017 when he dropped his self-titled EP with Griselda Records. This was followed up by his Walking on Water mixtape in the summer of 2018 & last year alone, he put out 2 studio albums & a few EPs. However to ring in the new year, he’s dropping off the 38 Spesh-produced Martyr’s Prayer.

After the titular intro, the first song “Legal Money” shows off his riches over a spooky instrumental whereas “Flowers” finds Camino aspiring to be respected while he’s alive over a calming beat. The track “Street Signs” talks about how he would’ve died for his block over a boom bap beat & after the “Martyr’s Speech” skit, the song “Young Lordz” talks about coming a long way from the hood over a blissful boom bap beat. The track “Get Hi Too” is a short yet effective stoner anthem with a mellow instrumental & before the outro, the final song “2K20” with Che Noir sees the 2 flexing over an impeccable BADBADNOTGOOD sample.

Compared to Elcamino’s last 2 projects that he dropped this past fall, this is a big step-up. I feel like it could’ve been more fleshed out since every single cut is under 3 minutes but nonetheless, Spesh cooks up some of his best production & the pen-game has improved also. Looking forward to see what else he does this year.