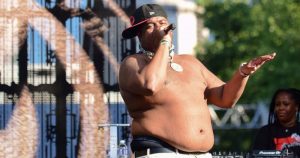 Memphis rapper Duke Deuce thankfully escaped a shooting. The incident could be seen during an Instagram Live stream. There is no confirmation if Duke Deuce was the target

“Come outside and fuck with me, Peppertree,” Deuce said in the video prior to the shooting. “We ain’t on none of that bougie shit, none of that Hollywood shit.”

AS the shots rang out, Deuce took off running.

The new single is available via Quality Control Music / Motown Records / Made Men Movement and introduces the sound that will be heard on the forthcoming album. The single features a chanting chorus over a banging and a skittering beat.

You can hear the single below.

The post Duke Deuce Runs from Gun Fire While on Instagram Live appeared first on The Source.