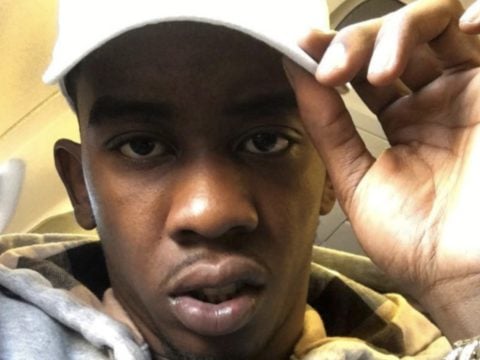 New York rapper Desiigner is d-o-n-e with Scandinavian Airlines. The hip-hop artist has come forward to rip the company after reportedly getting kicked off his European flight.

Desiigner went to his Instagram Story this week and didn’t hold back on his frustrations with a flight attendant putting her hands on him.

“Airlines can’t touch you. They can’t put their hands on you, right?. They kicked me off my flight just because this bitch put her hands on me. … They banned me for a whole year and for no reason. Just because she put her hands on me, I got up. I spazzed on her a**. I’m on this Europe tour and I don’t want this sh*t to f*ck up [things] between me and my fans, you know what I’m saying? I want to turn up with my f*cking fans. But nobody f*ck with SAS Airlines.”

Still flying high but without AA.

The same week, YG responded to a direct message request from American Airlines and singled out one of their pilots.

In August, the Bompton rap heavyweight shared footage of himself getting kicked off an American Airlines flight.

The post Desiigner Explodes On Airline After Getting Kicked Off: “This B***h Put Her Hands On Me” appeared first on SOHH.com.