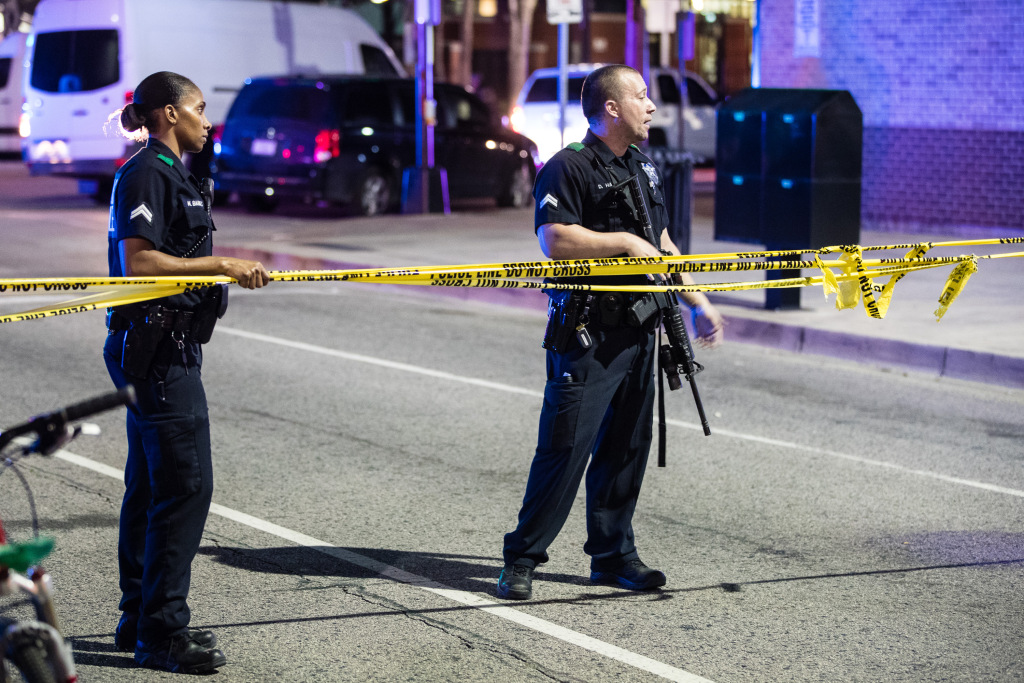 Today (Oct. 8), Dallas Police announced that Joshua Brown, the witness who was shot dead after coincidentally testifying against convicted murderer and ex-cop Amber Guyger, was killed after a drug deal gone wrong. All things considering, Twitter is not taking this news at face value.

“As you know there’s been speculation and rumors that have been shared by community leaders claiming that Mr. Brown’s death was related to the Amber Guyger trial and somehow the Dallas Police Department was responsible. I assure you that is simply not true,” said Assistant Chief Avery Moore of Dallas PD during a press conference.

However, the details he also shared about their investigation has been sparking nothing but side-eyes.

Through the dedicated work of the DPD homicide detectives, we have identified 3 suspects in the murder of Joshua Brown. Jacquerious Mitchell B/M age 20, Michael Mitchell B/M age 32 and Thaddeous Green B/M age 22 pic.twitter.com/v0vikYEpD4

Per Moore, Jacquerious Mitchell told police what happened—they arrived around 10:30pm on Friday (Oct. 4) in the parking lot of the Atera apartments in Dallas on Cedar Springs Road. According to Mitchell, who is related to Michael Diaz Mitchell, Thaddeous Green got out of the vehicle and has a conversation with Brown that turned into an altercation.

At this point, Brown allegedly shot Green in the chest. Jacquerious Mitchell claims he heard two more shots, which were reportedly coincided with the two shots an autopsy revealed that Brown suffered.

According to Jacquerious Mitchell, after the shooting Green took Brown’s gun and backpack, and the perpetrators all sped away with Michael Mitchell driving. Green was dropped off at an unknown location while Jaquarious Mitchell was taken to Promise Hospital, but he is know in custody at Parkland Memorial Hospital.

Michael Mitchell and Green remain at large. Police also claim that via tips they tracked down an apartment where Brown was said to be staying, where they found 12 pounds of marijuana, 143 grams of THC cartridges and $4,000 cash.

If this story sounds too incredible to actually believe considering the circumstances, you are not the only one. Peep Twitter’s commentary on the jig below.

Also, Brown’s family would like Dallas PD off the case.

STATEMENT FROM THE FAMILY OF JOSHUA BROWN: pic.twitter.com/FrBqa8O2mV