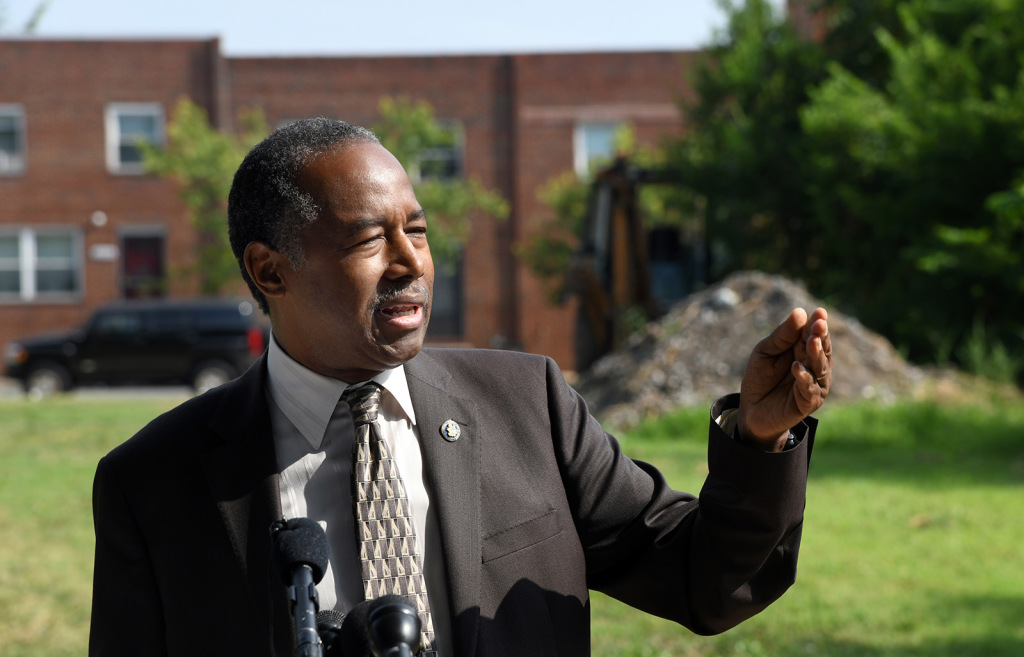 One of Trump’s favorite Blacks, Ben Carson learned that neither he and any members of the Trump administration are not welcomed in the city of Baltimore. While trying to defend the orange menace after he dissed the Elijah Cumming’s district, Uncle Ben was booted off a Baltimore church’s property.

In a story broken by AlterNet, Carson, the only remaining Black member of Trump’s corrupt administration headed to Baltimore to clean up his boss’ mess. While trying to give a press conference to explain what HUD under his terrible leadership has down for the city. The incompetence of his department showed when the land his staff picked out for the event was owned by a nearby church who was not too pleased about him using their property.

“It’s a church — they say, ‘Get off of our property!’” Carson told reporters. “I mean, a church! When we’re talking about helping people. This is just the level to which we have sunken as a society.”

Speaking with WJZ, Gregory Evans, a churchgoer who has attended the church for over 50 years, said Carson and his people never asked for permission.

“He knew absolutely nothing about this church when he made that comment. They were actually cleaning some of the things on the property. Why were they doing that? To make it look good for him, they weren’t doing it for us. He is using it as a photo opp to make it look like he’s doing something.”

No lies detected from Mr. Evans at all. Ben Carson is gonna have a lot of cleaning up to do as more crap continually flies out of his President’s mouth.