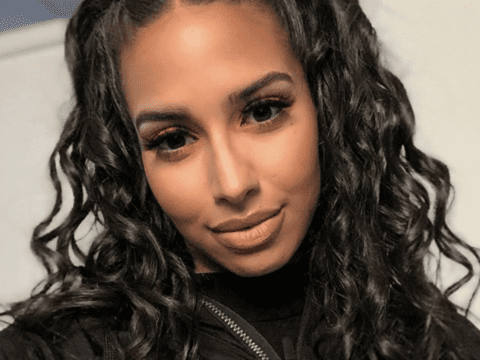 NFL free agent and Black Lives Matter activist Colin Kaepernick isn’t done with the sport just yet. His girlfriend and radio personality Nessa Diab is fed up with the National Football League after it updated its website’s status on Kap to show he’s retired.

This week, Nessa took to social media to call out the league. She tweeted that the league had blackballed him and immediately shut down retirement speculation.

“The @NFL@nflcommish@NFLPA lying on their NFL website claiming @Kaepernick7 “retired.” Colin did NOT retire. You cowards blackballed him bc he peacefully protested against police brutality. He’s a Superbowl QB & should be playing bc his stats show that.” – Nessa Diab’s Twitter

She put up a similar Instagram Story, claiming the NFL is lying and trying to get rid of her boo.

“The @nfl back at it w their lies and trying to erase @kaepernick7 . I attached the link so you can see it for yourself.”

Kaepernick did not retire from professional football, but it’s hard to see him getting another opportunity in the NFL at this point. The quarterback will turn 33 in November and he hasn’t played in more than three years – his last live snap was on January 1, 2017. Late last year, the league organized an open workout for Kaepernick, which took the entire football world by surprise. The planned audition caught Kaepernick off-guard, too – they didn’t give much notice to the longtime 49ers star, and he responded by no-showing the showcase at the Falcons’ facility and holding his own personal combine at a different location in Georgia. The NFL’s original workout reportedly would have seen executives from 25 teams in attendance. At the new location, attendance was sparse. (Pro Football Rumors)

Kaep has kept busy during the coronavirus quarantine by staying on his his fitness grind indoors, perhaps in preparation for a return to pro football at some point.

“Now more than ever, we are one team. #PlayInside #PlayForTheWorld #StaySafe” – Colin Kaepernick’s Instagram

The post Colin Kaepernick’s Girlfriend Calls Out NFL For “Retired” Status: “You Cowards Blackballed Him” appeared first on .